In a long-awaited decision on the rights of gun owners, the U.S. Supreme Court announced today that ammunition is a legitimate vehicle for the expression of personal opinion and, as such, protected speech under the First Amendment to the U.S. Constitution.

In a 5-4 decision, the Court ruled that there can be no restraint of personal communication in the form of cylindrical metal pellets able to travel at hundreds of miles per hour and induce a change of heart with persuasive finality. The author of the majority opinion, Chief Justice John Roberts proclaimed, “It’s obvious that bullets are a particularly unambiguous and convincing form of shielded utterance.” 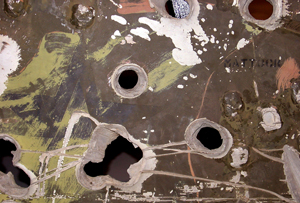 The Supreme Court’s action was a resounding reversal of the Ninth Circuit Court of Appeals’ determination in Prose v. Clowns that the First Amendment applies only to facsimile pistols that produce a plastic flag or cartoon talk bubble displaying the word “BANG!”

Both sides in the judicial debate took immediate pains to defend their positions.

Representing the crucial swing vote, Justice Anthony Kennedy stressed the reasoning that led him to tip the scales in favor of overriding the lower court’s opinion. He affirmed that a portable tube capable of expelling purposeful content by means of the explosive force of a propellent is the functional equivalent of a windpipe capable of expelling linguistic symbols by means of the explosive force of breath. 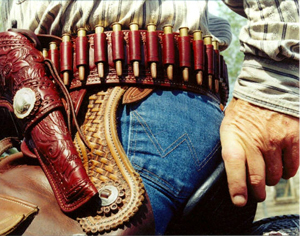 Proponents of unfettered access to firearms were quick to praise the Court’s decision. National Rifle Association CEO Wayne LaPierre was among the first to respond, saying, “The Supremes got it right. Bullets carry an unequivocal message, and as we all know, it is the height of tyranny to shoot the messenger, or in this case, forbid the shooting of, you know, the bearer of urgent lead-alloy tidings.”

After checking to see that his Colt .45 was fully loaded, the NRA head then brandished the handgun he calls “The MeetUrMaker” over his head while shouting the familiar adage that “the only thing that stops a bad guy with an argument is a good guy with bullet points.” As aides led him away, LaPierre concluded his heartfelt remarks with the observation that “guns don’t kill people. Guns inform people that they have been killed.”

At least one of the members of the majority felt that the official decision didn’t go far enough. In a written clarification, Justice Clarence Thomas expressed his disappointment that the ruling did not also explicitly encompass gun accessories known as suppressors, or silencers, comparing them to donor anonymity provisions under previously expanded campaign finance precedents. “We must not muzzle gun owners, whose right of private advocacy is unassailable in a society of any caliber,” he declared. 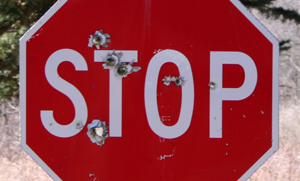 Opponents on the bench put up feeble resistance. A visibly jumpy Justice Ruth Bader Ginsburg said, “Government has a fundamental interest is setting limits on excessively forceful speech. For example, I think it’s perfectly reasonable for the State to say that you cannot open fire in a crowded theatre.”

Finally, speaking furtively to a dispersing group of journalists, Justice Sonia Sotomayor decried the Court majority’s enthusiastic endorsement of gun proliferation. In an impassioned but largely ignored dissent, she said, “I find it distressing that Congress and the states are unable to find an acceptable compromise on gun control. In their love affair with guns, owners seem to demand ever more public displays of affection. You would think by now that they had more than enough ways to say, ‘Te ammo.’ “